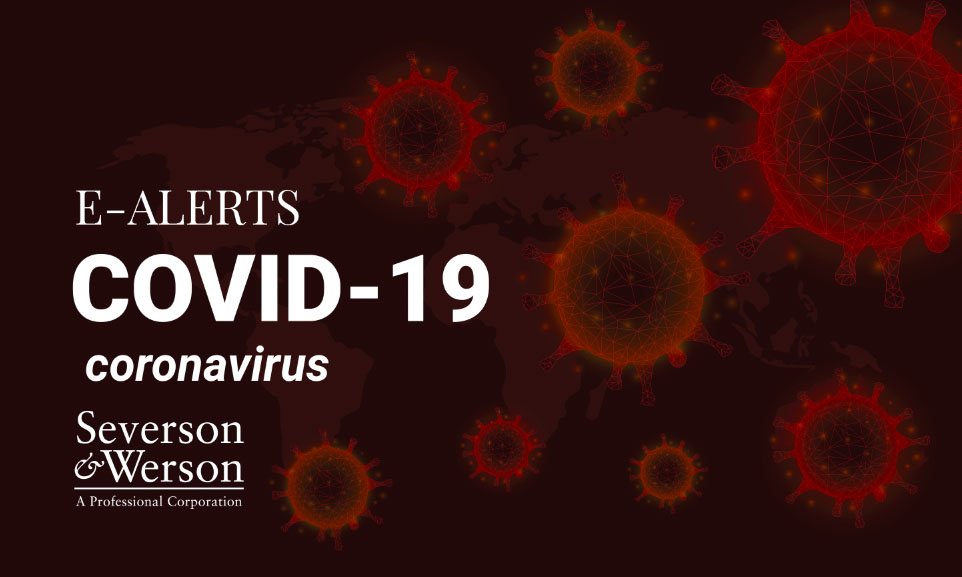 In recent weeks the Small Business Administration (SBA) has taken important steps to clarify key, but otherwise not well understood provisions of the PPP enacted under the CARES Act. Most recently, the Paycheck Protection Program Flexibility Act of 2020 (PFA) was signed into law. The PFA appears both to supplement and possibly supersede some of the prior SBA guidance, an issue which will undoubtedly require further guidance from the SBA. Nevertheless, this alert provides an overview of the recent developments surrounding the PPP, the PFA, and their application to borrowers who received a PPP loan.

On May 15, 2020, the SBA released the Loan Forgiveness Application which amends the definition of forgivable costs, grants further flexibility as to when the loan must be spent within the “Covered Period” to qualify for forgiveness, and provides additional instruction for calculating forgivable loan amounts (including how forgiveness is limited where an employer reduces its full-time employees (FTE) or employees’ salaries/wages). The Application also confirmed that a borrower may take advantage of the statute’s “safe harbor provision” and avoid reductions to loan forgiveness if they cure any FTE and salary/wage reductions by June 30, 2020.

In addition, on May 22, 2020, the SBA issued two lengthy Interim Final Rules regarding the PPP which it has since incorporated into the text of the original rule. The first rule provides further guidance about the loan forgiveness application process and its specific components. The second details the SBA’s review process for compliance with the PPP terms. Together, the new Rule expands on the following points:

– Alternative Payroll Covered Period – The period for purposes of calculating loan forgiveness may commence on the first day of the first payroll cycle in the Covered Period, rather than on the day of disbursement. An earlier FAQ suggested that any borrower could choose this alternative period, but the new Rule clarifies the option is only available for borrowers with a bi-
weekly (or more frequent) payroll cycle at the borrower’s election.

– Salary Reductions/Double Penalty – Borrowers may reduce their forgivable loan amount in proportion to each dollar that an employee’s compensation in the Covered Period or the Alternative Covered Period was reduced, compared to the borrower’s chosen reference period, which exceeds the 25% minimum threshold. The new Rule clarifies reductions in salaries/wages that are solely a result of FTE reductions will not doubly affect the eligible forgiveness amount, but otherwise, reductions in salaries/wages in excess of 25% will reduce the loan forgiveness amount. For example, consider an employee whose salary was $1,000 per week during the reference period that was later reduced by 30 percent to $700 per week during the Covered Period. The employee continued to work on a full-time basis during the Covered Period with an FTE of 1.0. The first $250 is exempted from the reduction and the total wage/loan forgiveness reduction for that employee is $400 ($50 per week multiplied by eight
weeks).

– Cap on Owner-Employee Compensation – The new Rule caps forgiveness for payroll compensation of owner-employees to an amount greater than 8/52 of the individual’s 2019 compensation (or if less, $15,385). The cap applies to both employee cash compensation and employer retirement and healthcare contributions made on behalf of the employee. This limits the amounts an owner-employee may compensate themselves for purpose of obtaining greater loan forgiveness.

– Loan Forgiveness Process – To receive loan forgiveness, a borrower must complete and submit the Loan Forgiveness Application to its lender. The lender will then review the application, make a decision, and then issue a decision to the SBA within 60 days. If there is no further review of the loan by the SBA, the Agency must remit payment to the lender within 90 days. The lender is required to notify the borrower of the loan forgiveness amount and the borrower must repay any amount not forgiven by the two-year maturity date of the loan.

– Loan Review – For a PPP loan of any size, the SBA may undertake a review of the loan at any time in SBA’s discretion. Borrowers must retain PPP documentation in their files for six years after the date the loan is forgiven or repaid in full, and permit authorized SBA representatives access to their loan file upon request.

On May 29, 2020, by a near-unanimous 417-1 vote, the House passed the Paycheck Protection Program Flexibility Act of 2020 (PFA). The Senate unanimously approved the bill on June 3, 2020 and two days later the President signed it into law. The new law includes significant amendments to the PPP originally enacted under the CARES Act including: