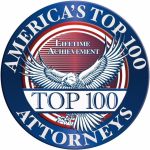 Kenneth C. Ward ("KC")’s goal as a trial attorney has been to have a team of trial lawyers who offer clients the opportunity to sleep at night.  Clients can have the comfort of knowing that if they ask him to take over a case – whether it be at the beginning or after the jury has been selected – their case will be put before the jury in the best manner possible.

He can talk about trials from  20 years ago, but he would rather talk about now.  KC, along with has partner Nandor B. Krause, tried a construction accident case against a major plaintiff firm in San Francisco a little over a year ago.  Case materials started coming in  Wednesday afternoon, and the trial  started following Monday and ended in a defense verdict three weeks later.

This year he successfully tried a salmonella brain damage case, along with his partner Sharon C. Collier, in Federal Court in Phoenix.  On the day the jury returned the verdict, he was asked to represent a defendant in a catastrophic injury case in San Diego three weeks later.  He tried that case with his partner Nandor.  The defendants were extremely pleased with the result.

He has handled cases as far east as Wisconsin and as far north as Washington and as far south as Texas.  It is never too late.  He really did get hired after the jury was selected to try a two plaintiff rape, armed robbery lack of security case.  The verdict was less than defendant’s offer.

The second part of what he offers is settlement.  Many cases settle when plaintiff attorneys find out that they are actually going to have to try their case against someone who does it all the time.

Because he is in the court room all the time, he uses the latest technology.  He has tried almost every kind of case imaginable from wrongful birth to wrongful termination to wrongful death to wrongful embalming — from E.coli to salmonella to campylobacter – from freeway design to tire tread separation to contaminated peaches – from breach of fiduciary duty to too much sound coming from the business next door.   He says that if you really know how to put on a trial, you can handle any subject matter.